Trip to Matthews County, Virginia on the Middle Peninsula.

I have wanted to capture minimalist images of the New Point Comfort Lighthouse for a while now. And this week I had the chance to do it. I was stoked! Tuesday morning, I rose at one in the morning for the 4 hour drive to reach our departure point at 6 am! 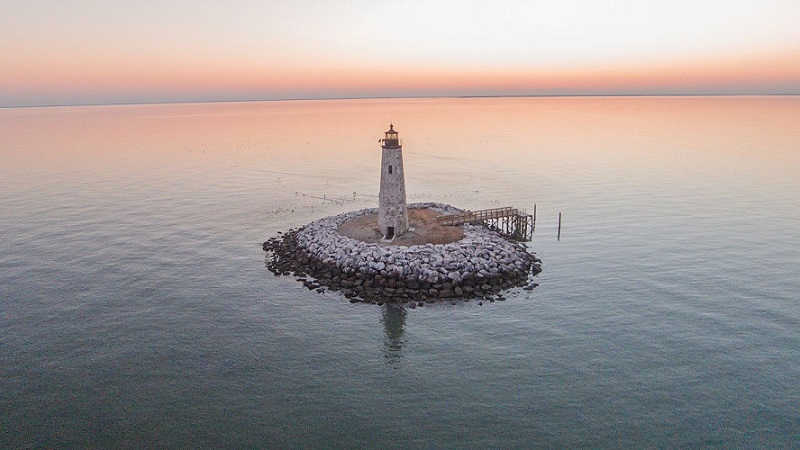 The Lighthouse use to be on land at the Old Point. Today it sits as an island over half a mile from shore. After the long drive with plenty of coffee, I arrived at the New Point Comfort Lighthouse Walkway…and boat ramp. It’s a bit misleading, as the walkway only gets you out over the water enough to see the lighthouse — over a mile away. In my case, I met Dianne from Mobjack Kayaking, who would be my guide. I’ve done a bit of kayaking in moderate waters, but never on an open bay. As she pointed out to me, the container ships in the Chesapeake produce pretty good wakes that reach deep into the bay and backwaters of the Chesapeake watershed. We experienced some good ‘rollers.’ Not good for me, as I’d only ever used a 10-foot kayak on the Potomac. Today, I was in a longer, narrower, 14-foot boat, which seemed much less stable with me and my camera gear aboard. I didn’t focus on capturing images while paddling, and that was a good thing. Watershed Drybags saved the day! As we approached the beach, I turned broadside to a roller which swamped me, and submerged my boat and my gear! Luckily, I had planned for just such an eventuality; I’d packed all my photo gear in two drybags. 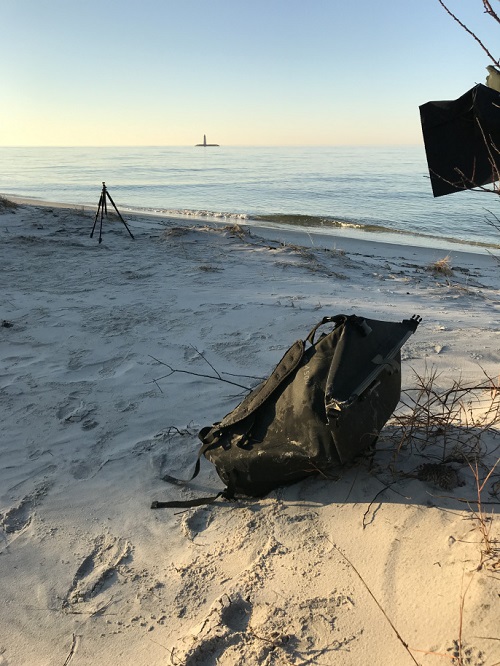 Now for the pitch: I’ve used Watershed military drybags for the last six years and swear by them. My gear came through completely dry and ready to use, and I did too. I was wearing a dry suit that I use for diving. It was cold outside and I hit the beach embarrassed at having swamped myself, but I didn’t miss a beat. I set up on the beach and did my photo work! 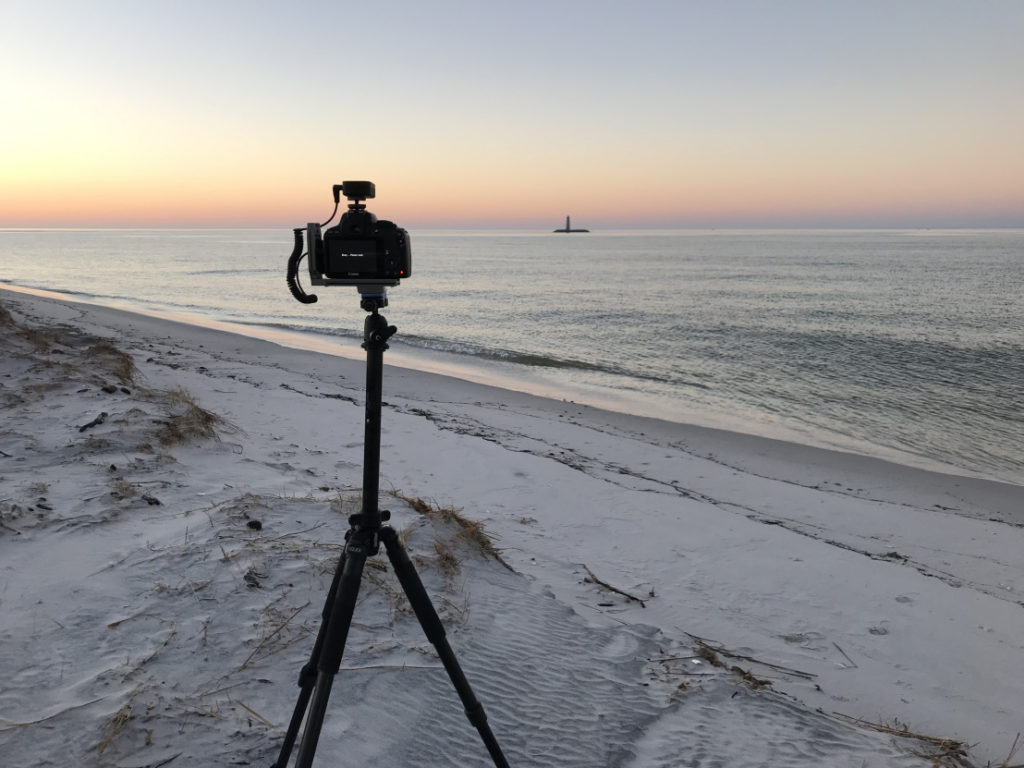 The Lighthouse is the third oldest lighthouse on the Chesapeake Bay, replacing the Old Point Comfort Lighthouse in 1804.  Originally built on the tip of New Point Comfort at the tip of Virginia’s Middle Peninsula with a keeper’s house, the bay’s waters have risen and submerged the sandy point. The Light now sits as an island more than half a mile from shore, buttressed by rock. The keeper’s house is long gone.

Afterward, we paddled back without incident and I continued my photo work on land, even getting a photo of a young gull resting on the overlook walkway with a broken leg. Dianne of Mobjack Kayaking was fantastic as a guide. She knew the area, briefed me on conditions, the local flora and fauna and even pointed me to other sites at which I searched for more images. All in all it was a great day!